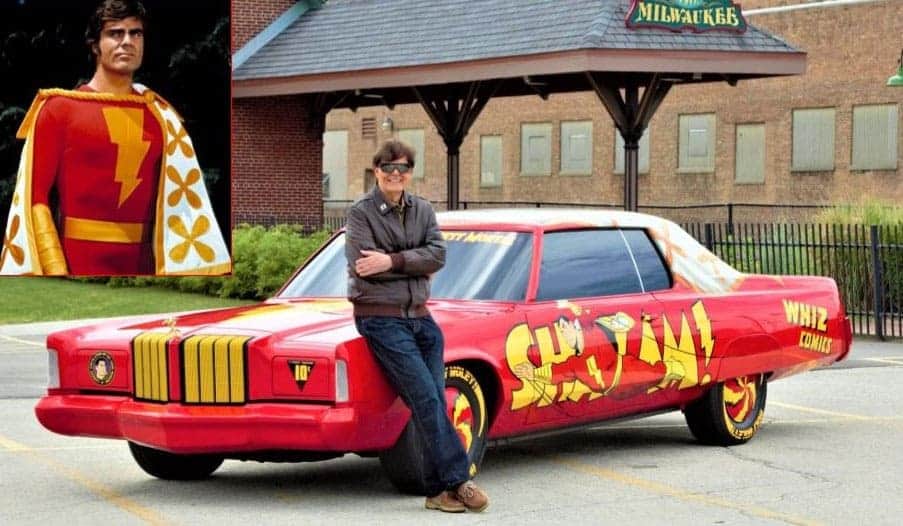 Jackson Bostwick, the actor that played the World’s Mightiest Mortal as Captain Marvel on the 1974 TV show Shazam, will be appearing with his 1974 Chrysler Imperial, “The Big Red Cheese”.  The car is a monument to the Golden Age of Comics.