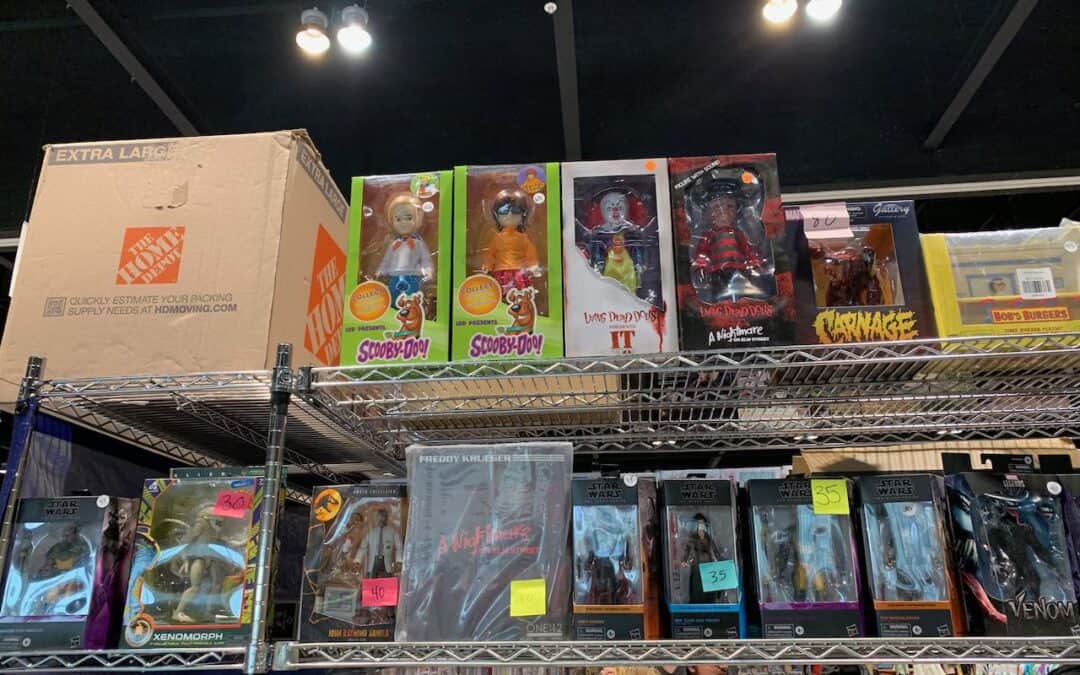 Funko pops, a 1950’s dome shaped lunchbox with a space-age theme pictorial, Disney characters caught in still works of animation art, video game classics such as nintendo, action figures, wrestling memorabilia… These are just some of the zany bits and pieces of pop culture that have been on display at the previous Collectorabilia events! You never know what you’re going to find!

Collectorabilia started in the 90’s and ended in the early 2000’s. It was held at the Shopko Hall back in the day. Collectorabila was recently brought back on November 27, 2021 and April 16, 2022. It has gained popularity again and is now held in the new state of the art Resch Expo across from the Packer stadium!

“People are trying to buy back their childhood,” said Bob Zurko. People from the 70’s, 80’s, and 90’s are all grown up and disposable incomes. Quests for comic books, trains, sports memorabilia, Star Wars, tv & movie memorabilia, funko pops, anime, vintage gaming consoles such as Nintendo are some of the items currently in demand.

Zurko said Americans aren’t the only ones getting caught up in the Frenzy. “We see Japanese who also collect were made in Japan and sent here. The same with the Germans. It all goes back and forth.”

Collectors can pay a high price for their one – of – a – kind items. Some vintage comic books go for hundreds of dollars and up.

Collectorabilia will be back November 26, 2022 at the Resch Expo. 8am to 5pm. Admission is $7. Kids 12 and under are free with adult. Free parking.